ANZAED’s annual Autumn Workshop Series involves a series of half and full-day in-depth clinical workshops in eating disorders divided into streams over the course of two days. There is a strong emphasis on participation and networking opportunities.

The 2017 Autumn workshop series, “Reflections” was held at Peppers Resort Noosa Beach, located a 7 minute walk away from Hastings Street in the centre of Noosa.

The 2016 ANZAED workshop series was held at the National Museum, Canberra. It comprised of Introductory and Intermediate/Advanced workshop streams, catering for child & adolescent and adult work. There was also specialist workshops on working with athletes and CRT training. A networking dinner with guest speaker Kate Carnell was a highlight.

The 2015 Autumn Workshop Series featured adolescent and adult workshop streams, plus an Introduction to Eating Disorders workshop for dietitians.

It was held at the Barossa Novotel Hotel, with an evening dinner session at Maggie Beer’s farm featuring guest speaker Kaz Cooke.

The 2014 workshop series, convened by Gabriella Heruc, was held at the Museum of Old & New Art (MONA) and Old Woolstore Hotel, Hobart. It included five workshops:

There was also a networking dinner at MONA, including a keynote address by ANZAED President Sloane Madden on The Myths and Science of ED Treatment, and a panel discussion with Warren Ward, Maureen O’Connor and Chris Thornton. 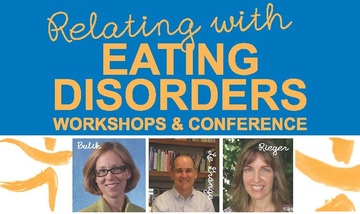 Relating with Eating Disorders was held at the Royal Brisbane & Women’s hospital in May 2013. It involved 3 workshops on:-

The workshops were held in conjunction with “At Home with Eating Disorders” a conference aimed at carers of people with eating disorders, co-hosted by ANZAED. This conference included talks by Janet Treasure, Cynthia Bulik, Daniel Le Grange, Andrew Wallis, Warren Ward, Stephen Touyz and a number of panel presentations involving people with lived experienced as carers and sufferers.